Improving the Delivery of Bad News 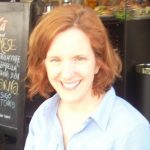 My first husband Ahmad was diagnosed with early stage bladder cancer in 2011. We took it in stride. The doctors didn’t seem too worried, so neither were we. We did what needed to be done and went on with our lives. It didn’t consume us and we didn’t focus on it.

In 2013, the cancer returned as metastatic. This was a shock to us and the doctors. No one expected it. The urologist had told us how lucky Ahmad was in 2011, that the cancer was low grade and that he would not need to have his bladder removed. A partial cystectomy was enough. No chemo, no radiation. He even used the word “cured.”

From “cured” to terminal prognosis

You can imagine our shock to go from “cured” to terminal prognosis. But no one clearly, explicitly said the prognosis was terminal until we pushed them.

I was so naïve about cancer that I didn’t what Stage IV meant. I didn’t know how many stages there were and where our situation was on the spectrum. Slowly, based on the demeanor of the doctors, I came to understand how bad it was. But it was very hard to get to that point.

The botched delivery of bad news

And this, I think, is one (of many) flaws in our medical system: the frequently-botched delivery of bad news.

I think it is most often “botched” through avoidance more than anything else. There is a clinical detachment and a “here’s the next step” attitude that focuses on the next tasks. While this is practical and suggests a sense of normalcy, it can be confusing to patients who may think that things aren’t so bad.

The reality is that doctors are not trained or taught to tell patients they are likely to die. Doctors are in the business of saving lives, not acknowledging that they can’t be saved. It also occurred to me after one of many appointments that doctors have likely been the smartest kids in the class from a young age. One medical oncologist we consulted had a Ph.D. in Biochemistry in addition to a medical degree and an unrelated master’s degree, all top from top-tier universities.

Doctors may not be able to cope

Their high-achievement, good-student status is good from the perspective of clinical competence. However, I think it can also result in doctors viewing an incurable patient as their own failure. And top students are not used to failing. They don’t know how to cope with it.

I know several patients who felt “abandoned” by their doctors when their disease became terminal. It was as if the doctors were unable to cope with the idea that they could not “fix” this patient.

But how does this leave the patient feeling? Isn’t bad enough to have cancer, then to have cancer that progresses to incurable, then to find that your doctor is no longer responsive to you? I think most doctors mean well and do the best they can with the emotional tools they have acquired along the way.

But medical schools and continuing professional education can do a much better job of giving them those tools. This is starting to happen as palliative care and communication receive more attention.

We will die someday, and many of us will get sick before we die. Death is a natural part of life, not a failure of doctors. I hope our culture’s perspective on this will shift over time.