Backpacking around Southeast Asia with a Stoma 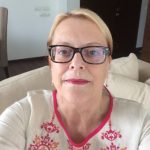 My husband and I had always thoroughly enjoyed traveling. In fact it was our greatest passion, and we would seize every opportunity to “get away” and venture somewhere new.

In fact, “Hubby” had decided to take early retirement and was due to finish work the end of February 2017. However, in September of 2016, we received the devastating news that I had a “high-grade” and aggressive bladder cancer.

A number of treatments were unsuccessful, so at the end of January 2017, I underwent a “radical cystectomy”, one major, 11-hour, life-changing operation. I was 53 years of age.

Why should having a “stoma” stop me?

I began to think “Why should having a stoma stop me from fulfilling our dreams of travel?” In fact, that was “the thing” that spurred me on during my journey with cancer. My determined travel adventures kept me motivated, positive, hopeful, but most of all, determined.

Finally setting foot on the plane

It was in June of 2017, less than 5 months since my Radical Cystectomy, that I set foot for the first time in my life into “business class” (Hubby promised that if I got better he would “treat” me to business class) for our flight from the UK to India.

I won’t lie: I was terrified, but I was also equally as excited. We were finally “doing it”; we were about to set off on an “8-month” adventure around SE Asia. Me and “Winnie” (my stoma) were officially off on our way to our first stop, Mumbai.

This was a totally new way to travel, with “backpacks” and for 8 months! I have to say, it did take a heck of a lot of planning. As anyone going away with a stoma should know, ”Always take double the amount of supplies you think you need.”

Packing my supplies for “Winnie”

So, I quickly did the math: I would need to take around 250 pouches (!) , 60 night bags, a night bag stand, 10 cans of adhesive remover, 10 cans of “barrier spray” plus wipes, disposal bags, and around 500 barrier strips that I also used to give extra security, and lastly, my stoma silicone gel, around 6 tubes of that. As you can understand, most of our backpacking luggage was taken up by “Winnie”.

I had to pack extremely carefully, making sure I had all bases covered for any occasion. I could always “buy” clothing along the way, so I wasn’t overly worried about my “wardrobe”. But, I was terrified that I may run out of attire for “Winnie,” but I didn’t!

We traveled by plane, overnight bus, train, taxi, auto rickshaw and cable car. Not once did my stoma, “my Winnie,” let me down.

We had to get to know each other pretty quickly, me and Winnie. I had to learn to put trust in my stoma because if I didn’t, I would be too afraid to go anywhere or do anything. So what would have been the point of having such extensive, life-changing but moreover, life-saving treatment? To not make the most of it?

Almost anything is possible with a stoma

So, now I’m sitting here, telling you that almost anything is possible with a stoma. I swam, I had massages, I drank Singapore slings in the iconic Raffles Hotel, in fact, I had two, one for me and one for Winnie. I traveled by steer and cart, I took ferry rides. We ate at some amazing restaurants, we saw some incredible sights, we met some simply amazing people. “We” had an absolutely amazing adventure of a lifetime, me and my “Winnie”.

So much so that while we were traveling, we came across an advertisement for the “India Rickshaw Run”. Drive over 3000 kilometers (1865 miles) from the top to the bottom of India within 14 days. No set route, no back up, just you and your teammate to drive the auto rickshaw. So what did we do? We signed up for it, of course!