Diary of a Caregiver: A Year Later 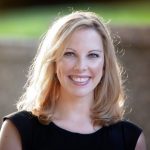 This is the 9th entry in a series that chronicles my grandfather’s journey with bladder cancer. The following are actual emails or messages in our family’s closed Facebook group where we communicate to each other his progress.

Chemotherapy was not good for Grandpa. His normal routine quickly became just sleeping. No appetite, no energy, no walks down the driveway, no puzzles. Somehow, he managed to keep his full head of black hair with silver highlights. We were afraid that chemo was going to kill him. My Dad talked to him at length about whether he should continue treatments.

An update on Grandpa…after weeks of awful ups and downs of chemo treatments, he has decided to quit. He had lost 25-30lbs, had no energy, the list goes on. After much conversation, Grandpa decided it was time to move on. He is back to enjoying his trains and his nightly ice cream snack!

Grandpa had been complaining of stomach pain, so my parents took him to the emergency room. The next day, he hadn’t woken up when Mom came home for lunch. He’s typically up by 9am. She tried to wake him and he was combative and non-responsive, a sign something was seriously wrong. Back to the emergency room he went. His symptoms were not consistent with the diagnosis he ultimately received – he needed emergency surgery to remove his gallbladder.

A fairly routine surgery, took five hours to complete. Sepsis had set in. The surgeon said his gallbladder was hot and basically disintegrated as soon as surgical equipment touched it. Grandpa was hours away from being in critical condition or even dead. After making it through bladder cancer, prostate cancer, and a triple bypass, was his gallbladder going to ultimately do him in? It was very touch-and-go for days.

Grandpa asked if I was coming home. I already had a trip back planned and saw him almost a week after surgery. Unbeknownst to the family, when I got to the hospital, they were preparing his discharge papers.

Grandpa definitely has nine lives. My most recent visit home around the holidays proves that he is not going anywhere anytime soon. Now 82 years old, Grandpa’s chest and abdomen look like a treasure map from all the scars. Actually, he and I have matching scars, both having had open-heart surgery and our gallbladders removed. It gives us character.

My grandparents are still kicking it, determined to drive my Mom crazy. They have 11 grandchildren, 4 great-grandchildren and another on the way. The predecessors in Grandpa’s family lived to be well into their 90s; his grandmother passed at the ripe old age of 103. He’s not ready to go and that attitude alone gives him great odds of many more days of watching the Price is Right and fiddling with his train set.

When I asked him if I could share all of the emails and posts to help other families who may be going through the same thing, it made him smile to think of the good that may come out of it. He did ask to read it all before it was published, noting that he didn’t remember most of what happened. That’s probably for the best.