6 Facts To Know About Bladder Cancer 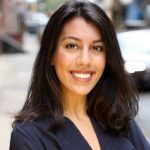 Several members of the BladderCancer.net community shared that they knew nothing about bladder cancer until after they were diagnosed. We found that this is a common experience among people living with bladder cancer, as well their friends and family members, so we wanted to share six lesser known facts about bladder cancer.

1. It’s one of the most common cancers

2. Blood in the urine is the most common symptom

The number one symptom of bladder cancer is blood in the urine. In our Bladder Cancer In America 2017 survey, we found that 85% of respondents experienced blood in their urine, also known as hematuria, which prompted them to seek out a diagnosis. Anyone who finds blood in their urine should see a doctor, but many people put it off because they might not think that something as serious as cancer could be causing the symptom.

3. Anyone can develop bladder cancer

Urologists are usually the specialists that diagnose and treat bladder cancer, and both men AND women can see a urologist. Their focus is the urinary tract which includes kidneys, the ureters, the urethra, and the bladder. Symptoms related to any of these organs should definitely be checked out by a urologist!

5. There is no routine screening

There is no routine screening recommended, so most people do not undergo any tests to detect bladder cancer unless they experience symptoms. Some risk factors have been identified that increase a person’s chance of developing bladder cancer, so some doctors might recommend bladder cancer tests for individuals who have been exposed to those risks factors. Smoking and exposure to harmful chemicals, including secondhand smoke, are the largest risk factors for bladder cancer.

6. There is a high recurrence rate

Bladder cancer has one of the highest recurrence rates among other common cancers, which means it is very likely to come back even after treatment. Due to this, some people might battle cancer for many years, and it becomes a chronic condition. Even when treatment is successful and the cancer is removed, patients usually have follow-up appointments and tests for five to even ten more years to ensure that the cancer hasn’t returned. This risk creates a lot of anxiety for those living with bladder cancer and their loved ones. Some survivors have reported a fear that any ache and pain could be the cancer returning. Bladder cancer can have a long-lasting physical and emotional impact.