Choosing to Have My Bladder Removed 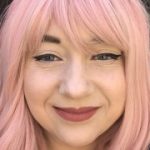 We had already spoken to my Oncologist, in November 2016, about having the bladder removed; however, I had decided not to go ahead, as removing it wouldn’t really change my “terminal” prognosis. While the cancer has been deactivated in the lymph nodes, bones, and liver, it is always set to come back. The chemotherapy and radiotherapy had just given us more time, more time for making those so precious memories.

I had finished my second round of chemo in May, 2017 and was set to “live my life.” It didn’t really go as planned at all. I spent a lot of time in pain with my bladder, I still had bits of the tumor being passed out and the occasional blood clot. So much for me living, I spent most of my time on the sofa, rocking backwards and forwards with the pain. My lovely Macmillan Nurse had gotten me a prescription for “Oramorph” (morphine sulfate) to help with the pain. Some days were good, and some were downright awful. For every “good” day, there were 4 “bad” days.

My life became my house

I hated taking the Oramorph; it only dulled the pain, it didn’t take it away altogether, and it made me feel groggy. It also limited me in what I could do: I wasn’t able to drive on it, I was very muddled, there was no nipping to the shops, no popping out to see friends, my life became my house. I hated it! I couldn’t even do the housework (bliss). I felt that “if this was my life, then I didn’t want to be here.” I’m a busy person mostly. I love being social; yes, I have my days where I stay in PJs, but this was getting ridiculous.

Speaking to my oncologist

I spoke again to my Oncologist, who said that due to the pain, perhaps it was time to reconsider taking the whole thing out. After all, it was ruining the life I had left. I then went and chatted to a Consultant who actually would perform the operation. Both my husband Tim and I were nervous; afterwards, we decided that this was the best thing to do for now. They would remove my bladder and give me a hysterectomy at the same time, killing two birds with one stone, so to speak.

I don’t know if you are like me or not, but I’m the kind of person who doesn’t tend to think too much about things until they happen. So fast forward 6 weeks, and I was in the hospital getting ready for the op. I had already seen the Stoma Nurses, who explained what was going to happen and where the stoma would be. It began to sink in, exactly what was going to happen and that this was a life changing operation and once it was done, that it was! No going back.

My mind was running away with itself

The evening before, I received an enema — ewwww, that wasn’t pleasant. I had never had one before, however it did what it was meant to do. I then tried to sleep. Seriously, I tried, but my mind was running away with itself. I kept asking myself “How bad can it actually be?” I had never really had a major op, although I had undergone between 9-12 TURBTS over the year. All I wanted was a quality of life so that I could live my life, however long, to the best of my ability.