Don’t Be a Visitor to Your Cancer: Make it Your Own 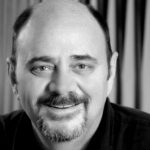 For many cancers chemotherapy is a common treatment protocol. Some chemo is worse than others. Some is mild. Some is brutal. My own experience with chemo wasn’t great. That’s another story (and actually pretty funny).

I was given neoadjuvant chemo (fancy doctor talk for “before the surgery” chemo). My schedule was two weeks on – one week off. That is called a “round.” The plan was to do four rounds before the surgery. I only got through three of the four (again – another story.) It’s been five years, and I could look it up, but I think the chemicals I received were cisplatin and gemzar. The cisplatin burned like heck going into my veins. I tried to be a big boy and power through it, but it hurt too bad and I had to tell the nurse. When I told her she reduced the flow and then told me to never try to power through it again because the chemical was so caustic it could scar the inside of my veins and close them up. It was actually burning the vein, which was why it hurt so much. Trust me, I was a wimp from then on. I complained about everything.

Including where I sat.

For the past 11 years, I’ve regularly spent 30 minutes a week with a show called “The Big Bang Theory.” If you’re not familiar (which would be almost impossible) the show is a 30-minute television comedy focused on socially awkward genius scientists and their waitress and aspiring actress neighbor. The show has been a hit for many reasons, but in my mind mostly due to the personality quirks of one of the main characters, Sheldon Cooper. One recurring conversation on the show is his need to have the exact same seat on the couch in their apartment (and in many other venues.) It’s referred to as “Sheldon’s spot.” I’m guessing many of you have favorite places to sit in your own home. Multiply that by 1,000 and you’re in the Sheldon ballpark.

Why, you ask, am I telling you this?

Well, as many of you who have had chemo know, it takes a few hours to get through the event. From check in, checkup, blood tests, starting the chemo drip, etc. you’re looking at about four hours. And if you’re going to do anything for four hours hooked up to an IV pole, you want to be comfortable. So, as I walked into the room for my chemo the first time, I was a bit timid. I had no clue what was going on. It was a slow day as I was one of only four people in a room that had at least 20 chemo chairs. Chemo chairs are designed like a recliner and have tables you can pull out and put a laptop on or a book. One of the chairs faced the windows and was on one end of a row. Easy in, easy out. And the view was pretty good because it also faced the rest of the room and the entrance so I could see who was here, and who was coming and going. It was also close to the restroom. I grabbed that chair.

And the next time I went, I grabbed that chair again.

It was now my chair.

The third time I went the chemo room was packed. I think it was right before Thanksgiving so I’m guessing everyone wanted to get their chemo in early so they wouldn’t be nauseous during the big feast coming up. But the real problem was… someone was in MY chair.

I had grown accustomed to my routine in only two visits. I had claimed my territory. I had “Paul’s Spot.” I even bragged about it to the nurses.

I had become Sheldon.

My chair was, as Sheldon explained in the pilot for the show:

“… That is my spot. In an ever-changing world, it is a single point of consistency. If my life were expressed as a function on a four-dimensional Cartesian coordinate system, that spot at the moment I first sat on it would be zero-zero-zero-zero.”

That was me. My chair was my chemo “0, 0, 0, 0.” It was my point of consistency in what had become a rather inconsistent life. Trust me, cancer adds a lot of unknowns to your schedule.

Begrudgingly, I took a different chair and got my chemo. But it wasn’t nearly as good as my normal chair. I wasn’t happy.

After that chemo session I reflected on how disappointed I was that I didn’t get “my” chair.

I was a member of the club

I had just assumed it would be available and I’d be able to slip into it and relax for a while as my cancer-killing poison cocktail dripped into my veins. But it was not to be. It struck me how quickly I had acclimated to the room and the process. I went from a visitor on day one – unfamiliar, unsteady – to looking for MY chair. I wasn’t a visitor any more. I was a member of the club. I had my spot. I had my preferences. I knew people. They knew me.

Cancer creates a whole new reality. And new reference points. In my case, at that time, a new “spot” in my life. My chemo chair.

The other thing I think it shows is that even when faced with something as potentially life-altering as cancer there is humor. And you need to look for it. I could have been a visitor each time I went for chemo. I could have been uncomfortable. I could have let it own me. But I chose to own it. It was MY room.

And it was MY chair.

(Note: For the record, I never kicked anyone out of a chair like Sheldon does with his spot on the couch.)