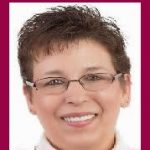 Hello, everyone. I have been missing in action for approximately 5 weeks. The reason and subsequent actions will probably blow your mind.

I slept all day

I have never been a person to have a UTI. Never. But in January 2019, this all changed. I had a stomach ache and slept for about a week. I thought I had a bug or my treatments were causing weird side effects. About a week after this started, it was a Monday. It had snowed terribly that day. As a matter of fact, my son woke me up at about noon to help dig him out of the driveway. I obliged. I slept all day. I remember in the evening (it was dark) coming out, getting water and telling my son goodnight. That is the absolute last thing I remember until one week later.

My children took me to the hospital

In actuality, my son had come into my room around 8:00 PM and decided my coloring was bad. He called my youngest daughter, Maria, to come over. According to what I’ve been told, the following happened: Maria had to fight me to get dressed; I wanted to sleep. Upon arrival at the hospital, they immediately put me in a trauma room. After many, many tests, at approximately 11:30 PM, the physician told Maria, “Get your family up here now; I don’t know how long she has.”

I had a UTI that was so bad it caused sepsis.

As defined by the Mayo Clinic, sepsis occurs when chemicals released in the bloodstream to fight an infection trigger inflammation throughout the body. This can cause a cascade of changes that damage multiple organ systems, leading them to fail, sometimes even resulting in death.

In my case, by 11:30 PM, I already had acute kidney failure and a mild heart attack, severe deficiency in potassium, and a severe increase in the ammonia in my urine, among many, many other things that either the kids forgot to tell me or I can’t remember. As I have 7 children, some married, some with children, they all arrived at the hospital, including my 11-year-old grandson, to say goodbye.

Amazingly, I didn’t get worse and by morning started showing minor improvements. That week anything and everything happened. I am blessed that I don’t remember the tube in my nose or the tube in my rear end. These are not the memories I’d like to remember. After about a week, I “woke up” and my middle son was there. I started crying, “How do I get out of here?” I thought I was in London. He thought I wanted to escape the hospital. For about a day and a half, I hallucinated and every medical professional had a British accent.

The ICU and rehab

I eventually spent two weeks in ICU and upon discharge, I had no upper body strength, couldn’t move my legs and slurred my speech. I was transferred to a rehabilitation center for another two weeks, who performed miracles. I can talk and I walk with a cane and/or a walker. With continued therapy, I hope to throw the walker and cane far, far away.

Lasting memories for my grandson

On February 13, 2019, I was finally able to come home. Remember, I mentioned my 11-year-old-grandson? He lives with his mother, and she graciously brought him up there at midnight. On one of my first days home, he came to visit and started a sentence with, “Nanna, remember when you were gonna die and I…” What a punch in the gut! My poor baby has to endure this memory, and I don’t remember a thing. This is the reason I hate cancer so much.

So, the moral of this story is, while we think a UTI is minor, I am proof it can kill you. Run to your doctor. Don’t let them put you off for days at a time.