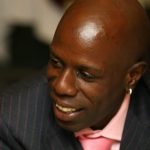 I’ve always championed this disease; right from the outset I knew I was never going to be defined by my cancer. I wasn’t at all devastated when first diagnosed, but merely tried to look at the positive aspects and assured my family and loved ones that all would be well. I’ve been a strong advocate for keeping your mind and body healthy, which for me goes a long way to beating cancer, and I’ve worked very hard each time the treatment took its toll on my body to get myself back to fitness. I’ve also always looked to help others suffering from the same fate that I have been blighted with.

Finding out my cancer was in remission

After a sixth month period post diagnosis and going through a number of TURBT’s, BCG and cystoscopies, I was informed that my cancer was in remission, and to be honest, I didn’t expect anything less. I was then set free by my medical team, to some degree and told to attend my urology clinic in three months. Knowing how devastating bladder cancer can be, I continued to work hard in the three month period at keeping myself positive and active, along with living healthily.

Returning for a follow-up

I was feeling very confident on returning to the Urology clinic for my cystoscopy and believed that all would be well. I was feeling physically great, and my bodily functions had never felt better. The only slight problem I had, which was always the same issue for me, was having to go through a cystoscopy, but even this wasn’t making me feel the anxiety normally felt before the procedure. The appointment was a late afternoon slot and I attended the clinic with my wife. On approaching reception, we could see the female receptionist was talking on the phone. We stood in front of the counter waiting for her to finish on the phone, but instead of doing so she gave to me, without any eye contact, a specimen kit and told me to pass urine and that one of the nurses would collect it from me. It was done in such an insensitive manner that I was left feeling really surprised, because the staff were normally very warm and caring, considering the patients that attend urology. However, because I was in such a positive mood I ignored her and took my seat in the waiting room with my wife.

My anxiety levels were increasing

Now, I’m normally seen within 20 minutes, but an hour later we were still waiting and my anxiety levels were increasing. My wife was doing a great job at keeping me calm, and fortunately for me, a passing nurse who had previously treated me came over to say hello. She asked why I was at the clinic, and I explained that I was having my cystoscopy. Her expression changed almost instantly and she asked if I had checked in at reception because the urologist had just left to go home. I, of course, told her that I did and subsequently showed her my specimen kit.

What followed next was unbelievable. My wife and I could hear the conversation between the now very annoyed nurse and receptionist who claimed that I had not checked in. The nurse explained that this could not be true because I was in possession of a specimen kit, which you only get once checked in. The receptionist then admitted that she was on the phone to a patient and forgot to log me in has being present. My wife, unable to hold back on her frustration, told the receptionist exactly why this had happened, which was through her complete lack of sensitivity and incompetence shown within her role. My wife was in tears, and I felt completely let down from a clinic I had previously heralded as being great. The clinic, which was quite empty by now, as it was nearly closing time went into a frenzy to get hold of the urologist who had left. Although the emotions were running high I tried not to let this affect my already increased anxiety and was relieved to hear that the urologist would be returning to carry out my cystoscopy.

When anxiety levels are already high, the worst thing for someone living with bladder cancer is dealing with insensitivity from others. Have you had a similar experience during follow-up appointments? Share in the comments below- and check out Part 2 where Noel shares the results from his cystoscopy.