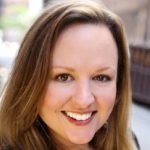 Heart disease is the leading cause of death in Americans, but new research shows that cancer is likely to surpass heart disease as the number one killer in 2020, especially in higher-income populations. Mortality rates for both heart disease and cancer overall have been declining, but the decline is greater for heart disease.1,2

In a study funded by the National Institute on Minority Health and Health Disparity, researchers looked at death records in the U.S. from 2003 to 2015 for all adults aged 25 years or older. They also looked at the average household income by county as a way to gauge socioeconomic status. Counties in the lowest-income group had a mean income of $31,959, while counties in the highest-income group had a mean income of $63,360.1

Changes in mortality not the same for all income levels

In the lowest-income counties, heart disease was still the leading cause of death across all racial or ethnic groups. The transition from heart disease to cancer was occurring more in Asian American, Hispanic/Latino, and non-Hispanic whites. Deaths in Blacks and American Indian/Alaska Natives are still more likely to be due to heart disease.2

Differences in income and education levels may affect cause of death

The researchers noted the importance of highlighting the differences in socioeconomic and ethnic groups. Ignoring these differences could disregard the needs of these groups and could further complicate the health disparities that exist. Major risk factors for heart disease, including smoking, obesity, and diabetes, are more prevalent in groups with lower education levels.2