I was 47-years old at the first diagnosis of a single non-invasive urothelial carcinoma (NMBIC. It was described as, “Something in your bladder cancer that has to come out so it doesn’t get worse.” I wasn’t sure what he meant and I didn’t know enough to ask.

There were three recurrences every two years, thereafter, each with multiple tumors. Each time I have felt as though it was just a small something. I should have been ecstatically grateful that from the first diagnosis and surgical treatment, they have remained the low-grade NMIBC. Each of my urologists has said the same thing about my diagnoses: Yes, it is cancer, but it’s low-grade. It’s not going to kill you.”

I blogged quite a bit through my diagnoses and treatments, only to lose all that information when the free platforms I used have disappeared. At 62, I would like to remember what my younger self was thinking. It feels as though part of my life was erased because it was not so important in the first place. Meanwhile, I underwent TURBTs in 2005, 2007, 2009, and 2012. Perhaps the instillations of Mitomycin-C with the last two surgeries facilitated nine years of NED.

In May 2021, I was having no hematuria (blood in urine) and UTI symptoms. I know because I have spent the last nine years looking out for it. Even my routine urinalyses were all normal. On the other hand, I have been extremely tired sometimes and was even diagnosed with sleep apnea. But none of that seemed to be related to bladder cancer. I thought it was gone forever. I should have known when my appetite changed and my weight registered low right before the cystoscopy which I had requested.

Then, came the jaw-dropping discovery of two small papillary tumors. As if that wasn’t enough, a third tumor, an 0is, was found during surgery. After surgery, chemotherapy was not instilled as planned, nor was BCG administered once the 0is was confirmed low-grade. Instead, we are waiting for the result of the first three-month screening in September and will treat any recurrence with surgery and catheterization. My concern is that my current urologist approves of frequent TURBTs when chemo might have killed residual cancer cells. While we wait, I may decide to return to the urology clinic where intravesical chemotherapy was previous administered. There are so many decisions to make.

Moving Forward.. We Will Stay On Top

At any rate, I encourage everyone who has experienced a long period of NED to remain diligent about getting regular checkups. One way to handle a silent recurrence is to stay on top of it, no matter what.

This is my story. 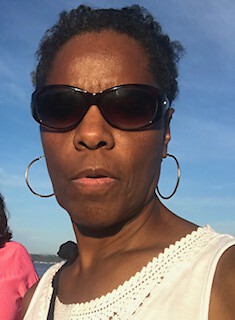 7 comments
This article represents the opinions, thoughts, and experiences of the author; none of this content has been paid for by any advertiser. The BladderCancer.net team does not recommend or endorse any products or treatments discussed herein. Learn more about how we maintain editorial integrity here.